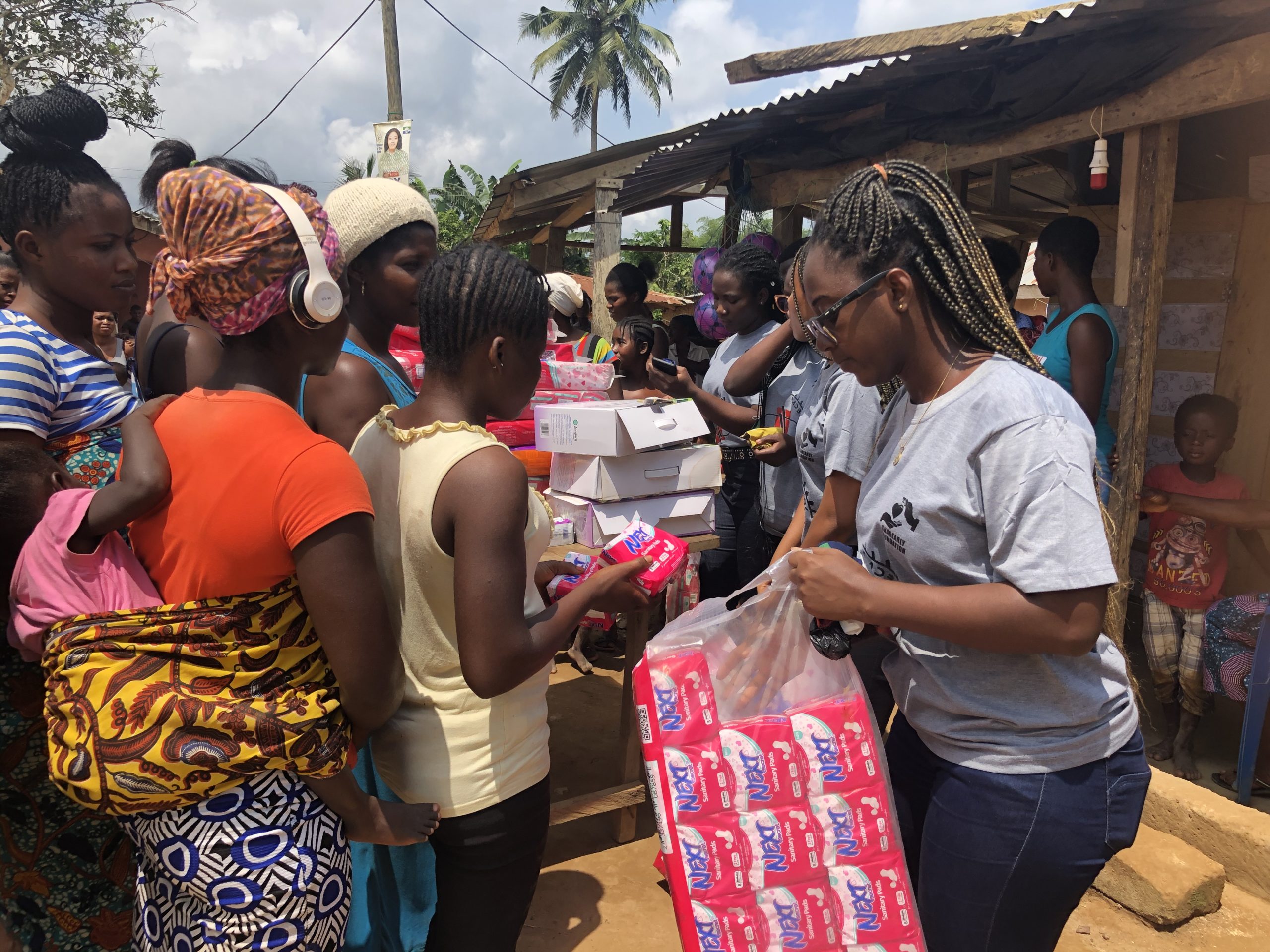 Under the auspices of Sharearly Foundation, the Icon Of Ladies Initiative(IOLI) organized a trip to Antwikrom, one of many rural towns in the Western Region, to donate as well over 500 pads to women in that area with the Pad Bank Ghana Campaign on Sunday July 11, 2021.

This benevolent activity by the Foundation becomes the first of its kind ever since Pad Bank Ghana was launched under IOLI on May 28, 2021.

On Sunday afternoon around 1:20pm, inhabitants of the aforementioned locality received the respective IOLI officials who joined in on the donations. After the queen mother of Antwikrom and a member of Sharearly Foundation had declared their purpose on arrival, all the young ladies and women within their menstrual age were called to assemble at the community center.

A brief history of the Foundation and Pad Bank Ghana was shared as well.

It was later realized that, some young ladies did not know how to fix the sanitary pads on the panty. So the officials organized a demonstration session where they taught them exactly how to do that.

The distribution of the pads was subsequently carried out. And the entire congregation celebrated the impact IOLI had made in the lives of the women of the locality.

Chief Executive Officer for the organization, Miss Sharine Oppong, stated that the next donations within the year would be done in Ahafo with a total of 2000 packs of sanitary pads. Adding to this, she made it pretty clear that Pad Bank Ghana donations would be done three times every year.

She therefore called on the support of individuals and other organizations within and outside Ghana to partner with Sharearly, and contribute to make the next Pad Bank Ghana donation successful. 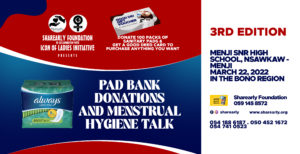 Pad Bank Donations and Menstrual Hygiene Talk at the Menji Snr High School, Nsawkaw to happen on the 22nd March 2022